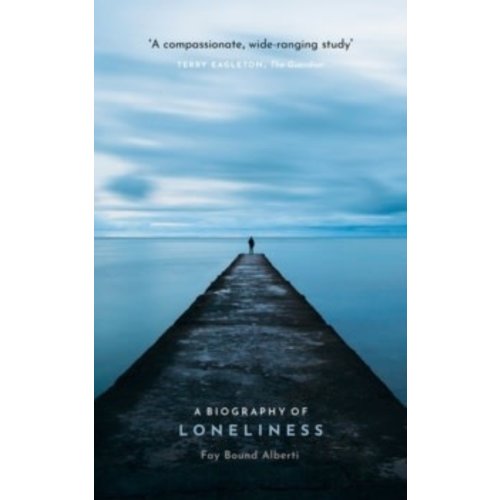 A Biography of Loneliness : The History of an Emotion

Despite 21st-century fears of a modern 'epidemic' of loneliness, its history has been sorely neglected. A Biography of Loneliness is the first history of its kind to be published in English, offering a radically new interp Read more

Despite 21st-century fears of a modern 'epidemic' of loneliness, its history has been sorely neglected. A Biography of Loneliness is the first history of its kind to be published in English, offering a radically new interpretation of loneliness as an emotional language and experience. Using letters and diaries, philosophical tracts, political discussions, and medical literature from the eighteenth century to the present, historian of the emotions Fay Bound Alberti argues that loneliness is not an ahistorical, universal phenomenon.

It is, in fact, a modern emotion: before 1800, itslanguage did not exist. As Alberti shows, the birth of loneliness is linked to the development of modernity: the all-encompassing ideology of the individual that has emerged in the mind and physical sciences, in economic structures, in philosophy and politics. While it has a biography of its own, loneliness impacts on people differently, according to their gender, ethnicity, religion, outlook, and socio-economic position.

It is, Alberti argues, not a single state but an 'emotion cluster', composed of a wide variety ofresponses that include fear, anger, resentment and sorrow. In spite of this, loneliness is not always negative. And it is physical as well as psychological: loneliness is a product of the body as much as the mind.

Looking at informative case studies such as Sylvia Plath, Queen Victoria, and Virginia Woolf, A Biography of Loneliness charts the emergence of loneliness as a modern emotional state. From social media addiction to widowhood, from homelessness to the oldest old, from mall hauls to massages, loneliness appears in all aspects of 21st-century life. Yet we cannot address its meanings, let alone formulate a cure, without attention to its complex, protean history.