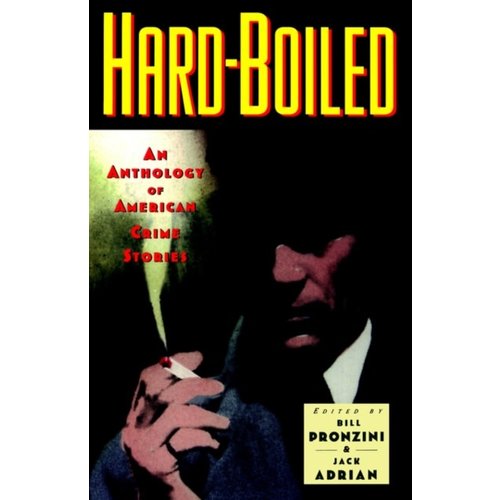 Softback
Bill Pronzini & Jack Adrian
Often a desperate blonde, a jealous husband, and, of course, a tough-but-tender P.I. - the likes of Sam Spade or Philip Marlowe.

Often a desperate blonde, a jealous husband, and, of course, a tough-but-tender P.I. - the likes of Sam Spade or Philip Marlowe.These elements, typifying the gritty strain of American crime fiction termed `hard boiled', have profoundly influenced the public's imagination, both through the literary mainstream and through the many filmsbased on hard-boiled fiction (The Maltese Falcon, Double Indemnity, The Postman Always Rings Twice etc.). Hard-boiled: An Anthology of American Crime Stories is the largest and most comprehensive collection of its kind, with over half of the stories never published before in book form. Included are thirty-six sublimely suspenseful stories that chronicle the evolution of this quintessentially American art form, from its beginnings in the 1920s to the present day.It contains stories by Dashiel Hammett, Raymond Chandler, and James M. Cain who wrote in the legendary pulp magazines of the1920s to 1940s; as well as works by Mickey Spillane, Helen Nielse, Ross MacDonald, and Elmore Leonard, who wrote in digest-sized magazines during the 1950s and 1960s. Ten stories from the 1970s to 1990s, by writers such as Ed Gorman, Lawrence Block, and Faye Kellerman, demonstrate how the hard-boiled traditionhas evolved over time.Compellingly and compulsively readable, Hardboiled: An Anthology of American Crime Stories is a pageturner no mystery lover will want to be without. Containing many notable rarities, it celebrates a genre that has profoundly shaped not only American literature and film, but how we see ourselves and our heroes.