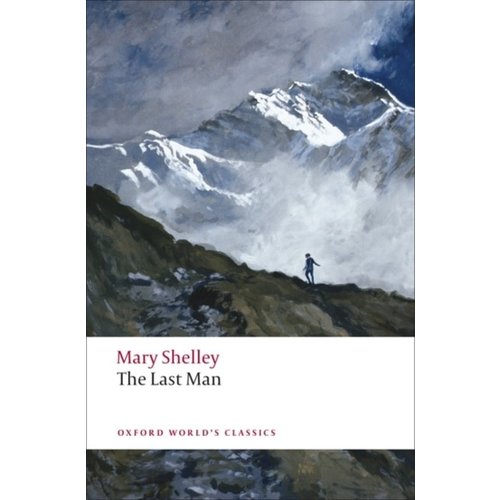 'The last man! I may well describe that solitary being's feelings, feeling myself as the last relic of a beloved race, my companions extinct before me.' Mary Shelley, Journal (May 1824). Read more

Best remembered as the author of Frankenstein, Mary Shelley wrote The Last Man eight years later, on returning to England from Italy after her husband's death. It is the twenty-first century, and England is a republic governed by a ruling elite, one of whom, Adrian, Earl of Windsor, has introduced a Cumbrian boy to the circle.

This outsider, Lionel Verney, narrates the story, a tale of complicated, tragic love, and of the gradual extermination of the human race by plague. The Last Man also functions as an intriguing roman a clef, for the saintly Adrian is a monument to Percy Bysshe Shelley, and his friend Lord Raymond is a portrait of Byron. The novel offers a vision of the future that expresses a reaction against Romanticism, as Shelley demonstrates the failure of the imagination and of art to redeem her doomed characters.